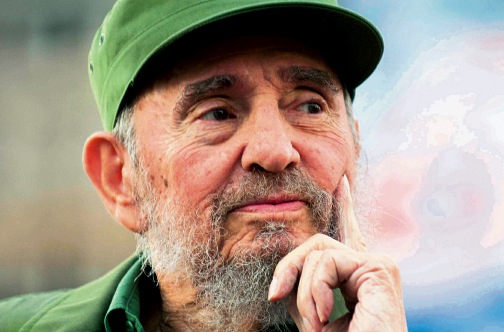 Fidel Castro’s death has produced a political controversy in Canada.  Prime Minister Justin Trudeau spoke warmly of Castro after his death and refrained from specifically mentioning human rights’ abuses under the Cuban dictator.  The only qualifier Trudeau used in summing up Castro’s legacy was the word “controversial”.  A backlash ensued in which Trudeau was called everything from naïve to idiotic, and some critics went as far as to dream up theoretical Trudeau tributes to other historical baddies such as Genghis Khan.  It seemed to force Trudeau’s hand, and instead of personally attending Castro’s funeral ceremony, he sent Governor General David Johnston.  Seems like a clear case of admission of defeat by Trudeau and vindication for Castro’s critics.  Or is there something more to the story?

That Castro was guilty of serious human rights’ violations is well documented.  His enemies were routinely imprisoned, executed or forced to migrate.  Labour unions lost the right to strike and independent newspapers and religious institutions were shut down under his rule.  Elections were terminated.  Cubans also had to endure horrible food shortages and a lack of basic goods in the bleak economic period following the Soviet Union’s collapse.  I witnessed first hand, on two separate trips to Cuba, the contrast between the all-inclusive resorts and neighbouring villages that had to regularly undergo power outages to keep the tourists dancing (a contrast by the way that is not unique to Cuba).   But violence, corruption, censorship and exploitation are also the hallmarks of many dictators put in place by the United States or tolerated by them because of shared economic interests.  Why was Castro the particular demon as opposed to Shah of Iran, Marcos in the Phillipines, Deby of Chad, Pinochet of Chile or a succession of dictators in Guatemala?  .  The answer it would seem is that those other dictators did not nationalize industries in an attempt to put an end to the dictatorship of the bourgeoisie. For all his faults, let’s not forget that Castro certainly expanded education and health care on the island.  How many dictators can count among their achievements a literacy rate of 98% and an infant mortality rate reduced to 1%?  But those Cuban exiles, many in Miami, kept up the constant drumbeat of Castro’s horrible deeds.  They became an influential lobby group in their own right, producing a number of American politicians of national caliber.  Some of them, no doubt, have legitimate reasons to loathe Castro, whether they were a victim of his policies or the relative of someone victimized by Castro’s rule.  My feeling though is that a good number of them are motivated primarily as economic refugees.  In other words, Castro did not allow them to continue to profit from the exploitation of the Cuban people.  Of course, protesting that your plantation or factory was nationalized does not play as well as complaining about human rights’ violations.  When people ordinarily concerned about economics, complain loudly about human rights’ violations, take a closer look to see if there is an economic underpinning they are trying to cloak.  It’s been almost sixty years since Castro overthrew Batista, but losing your family’s great wealth can embitter people for generations.

And here’s another factor to consider.  While trying to revolutionize Cuba, Castro endured decades of official and semi-official attempts to assassinate him, to sabotage the Cuba experiment and to bring the island down economically through embargo.  All this was emanating from the most powerful country in the world, which was a mere ninety miles away.  Faced with an almost ongoing attack against the revolutionary government, Castro suspended or did away with human rights in many specific cases.  But what do we do in emergency situations?  Umm, oh yeah, the Patriot Act and the War Measure Act.  That’s what we do.

I do think Cuba’s survival as a Communist state just off the U.S. coast was taken by pre-Obama American politicos as an ongoing snub (of course, the snub was preferable to nuclear Armageddon that seemed to be a real possibility during the Cold War’s Cuban Missile Crisis).  Castro and Cuba confounded power politics, the Monroe Doctrine and logical prognostication.  Castro’s legacy is complicated—he did some very helpful things and he did some truly awful things too.

I would have liked to see Justin Trudeau attend Castro’s funeral in person in light of the long friendship that Canada and Cuba have shared.  I would have liked to see him speak honestly about Castro’s triumphs and equally honestly about the suffering that he caused a lot of Cubans.  But that’s a tough high wire act when you’re a politician in a country that votes and that also listens to the loudest voices, bereft of context or not.