Barbarians at the Gate: why Paul Ryan makes me cringe. 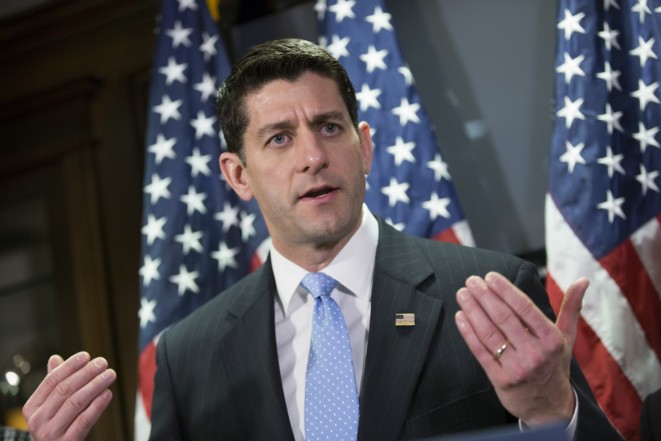 I thought I had seen it all.  Over the course of one of the nastiest election campaigns in memory, I thought that nothing could make me cringe as much as the corrosive and hateful drivel that issued from the mouth of Donald J. Trump day after day.  But I was wrong.

Today, I had the misfortune to watch Speaker of the House Paul Ryan deliver a post-election news conference in his home state of Wisconsin.  Yes, this is the same Paul Ryan who just months ago distanced himself from Trump and refused to share the same stage with him.  But today, Ryan could hardly contain his kid in a Lego store enthusiasm as he lauded Trump for helping the Republicans maintain their advantage in the House of Representatives and solidify their edge in the Senate.  At least whoever wrote Trump’s victory speech had the sense to stick to vagueness and patriotic ‘we’re all in this together’ clichés.  But Ryan could not wait.  He was practically salivating at the prospect of overturning progressive legislation the moment Trump ‘lifts his hand off the Bible’ at the inauguration.  Ryan gushed that it’s “not just the health care bill we can replace”, but there are “so many things I’m excited about”.  ‘What kind of things?’ a reporter inquired.  Well, said Ryan, barely able to contain his glee, we will stop the “farmers of Wisconisn being harassed by the E.P.A. and the Waters of the U.S.A.”, we will stop the “oppression of the Interior Dept.”  There you have it, a Republican’s wet dream:  stop the work of the Environmental Protection Agency and let jobs and profit rule.  Ryan’s crowning remark:  we will “lift the oppressive weight of the regulatory state.”  Great.  So people will have jobs but live on a poisoned planet that will not sustain their children.  Free from the oppression of the regulatory state, they will be able to get sick and not have any health insurance.  Relieved of the shackles of regulation, they can again look forward to grand celebrations like the 2008 Stock Market crash.  Let the good times roll!

This perhaps is why Americans are sick and tired of politicians.  It’s a sad world when we have to hope that Trump sticks to his guns and shuts these ideological parasites out.  Imagine, being reduced to relying on the good sense of Trump!  What a difference a day makes!